Hello everyone! Today we have some polishes that are perfect for this time of the year, well not really. Once again back in August I placed an order with Live Love Polish. I ordered three summer colors that I wanted to show all of you. I know it is now considered fall, but why should their be rules on what colors you can wear for a season, why not wear a bright yellow in the middle of fall or winter. Anyways I did still want to share all of these pretty polishes from my favorite season, summer time before it go to much into fall. 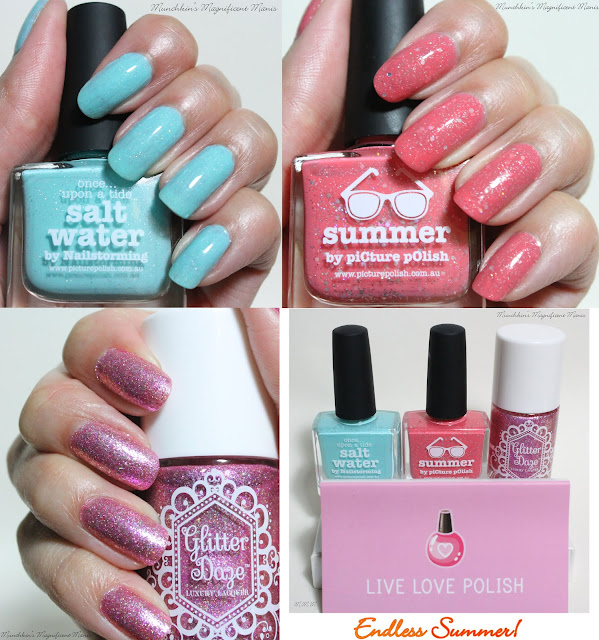 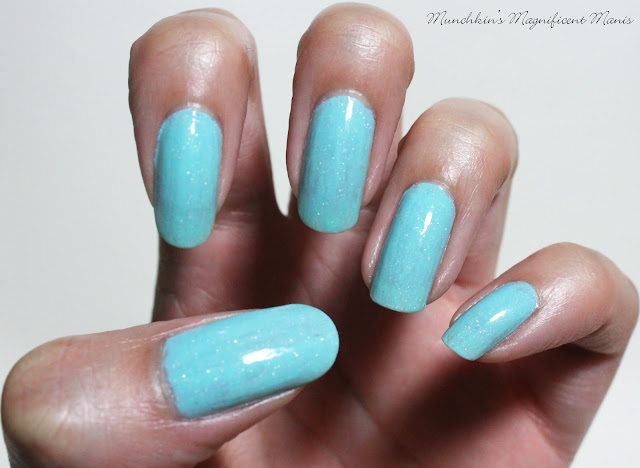 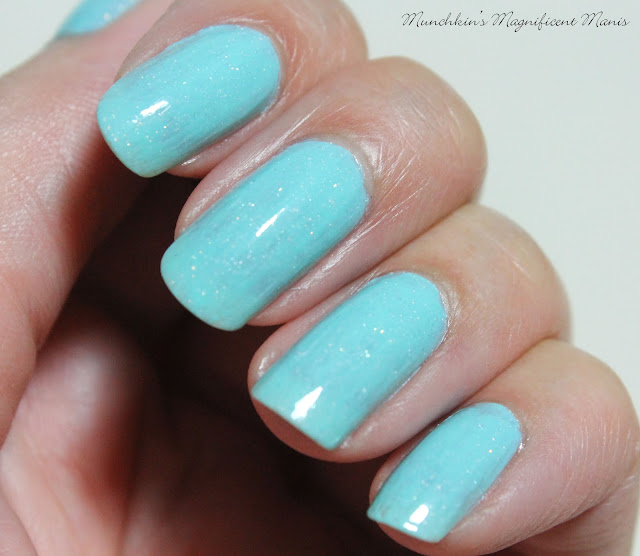 First we will start off with Picture Polishes Salt Water, this is a light blue/ pastel turquoise scattered holographic as described on the Live Love Polish website. This polish was opaque for me in three thin coats, I have read that most people where able to get this opaque in two. This color was a little bit streaky for me, but that was not to big of a deal. I did really like this color, it is very pretty and look great in the sun.

Picture polish does a lot of collaborations with bloggers and YouTube's. This polish was a collaboration with Gianna from Nailstorming  she is a Instagram nail artist that also did have a YouTube channel but I guess she decided not to do her channel anymore, which make me sad I really enjoyed her video's. She does still have her Instagram account though.

I do remember that Nailstorming really liked light blues and turquoise color's just like this one. She had also described this color as the sun shinning on the ocean.

This polish has been very popular and might still be, so if you want this polish you may need to be on the look out for it if it is sold out, currently it is still available. 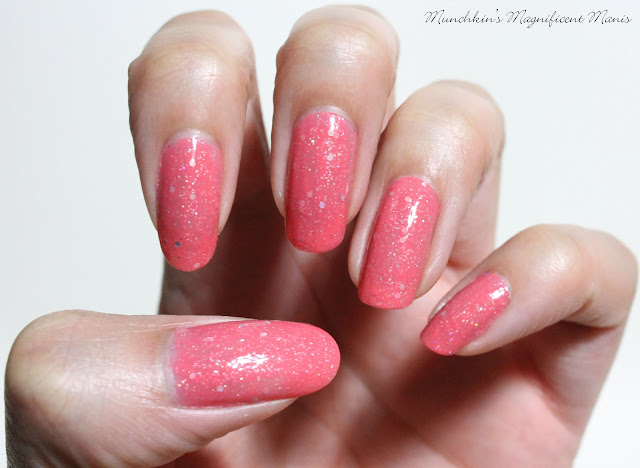 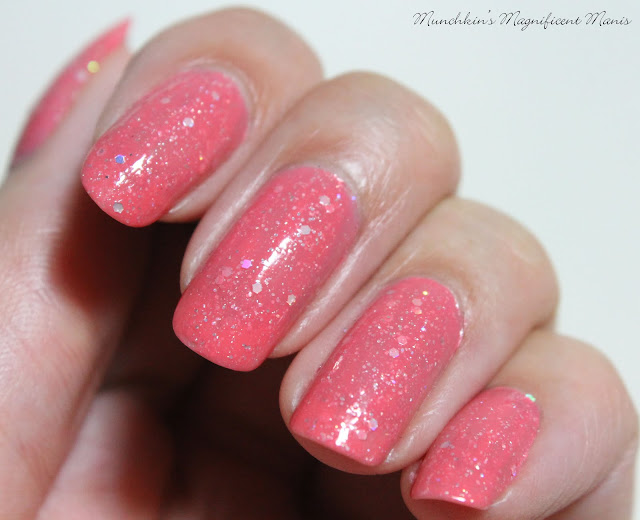 Next we have another polish from Picture Polish Summer, this is a coral polish with holographic hexes, micro glitter, and scattered holographic. This polish on my nails kind of looks like a rose pink and this color would be good for spring or summer. This polish was opaque for me in two coats, the formula was good and went on smooth. I also really liked this polish as well, it was beautiful and also look great in the sun.

picture polish-summer is available on Live Love Polish website for $15.00 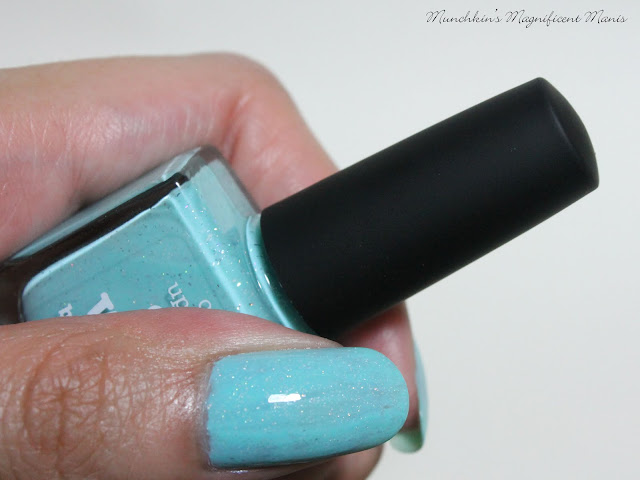 Love the rubber caps on the Picture Polish polishes

Picture polish is an indie brand that is made in Australia, and as stated above they do a lot of collaborations polishes and polishes on their own. This is the first time I have tried Picture Polish and I really like the polishes, the formula is pretty good, and the polishes are very pretty.

I also really like the caps for the brushes on the Picture Polish polishes, they are rubber which can make it much easier to open. If you polish your nails a lot, which I am sure you do if you are reading this blog, then you know the struggles of trying to open bottles of nail polish. This and some of Zoya's polishes are the only brands that I can think that have rubber caps. Any other brand if I have trouble opening them I just put a rubber band around the cap, to have a grip to help open the bottles. 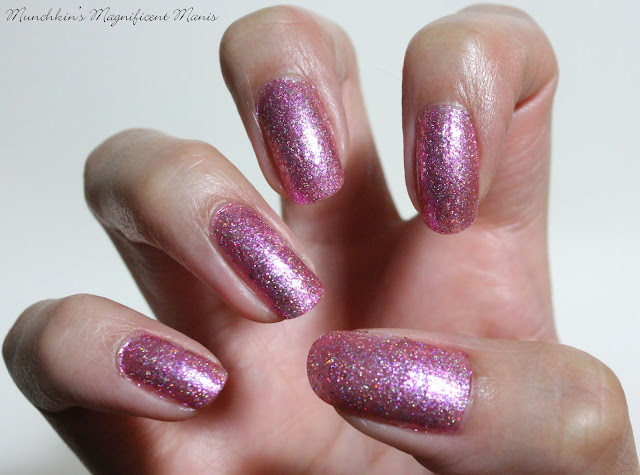 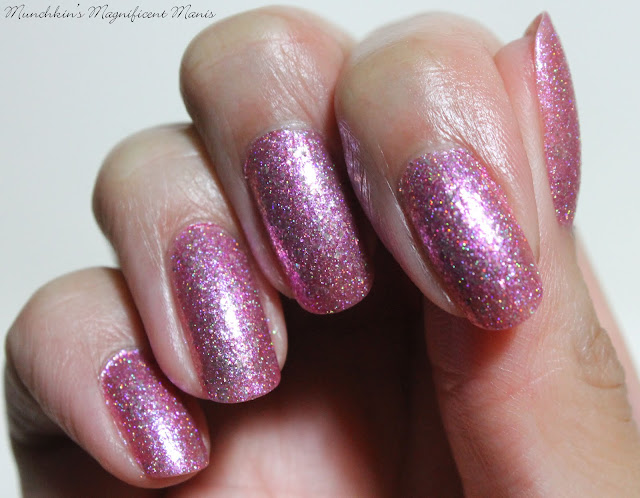 Glitter Daze Let's have a Waikiki

Last but certainly not least is Glitter Daze Let's have a Waikiki this is a pink polish with pink and purple glitter flakies, with holographic and silver micro glitter, as described by Live Love Polish. This polish was opaque in two coats, this polish is loaded with glitter which can make it hard to remove, but for me it was not to hard. This was another polish that I really like, it looked amazing in the sun and is just a beautiful polish.

If you can tell form the name Let's have a Waikiki, I kind of purchased this because of the name and the polish, also it looks so shinny and pretty as well! Waikiki is a city on Oahu, Hawaii and this was the city that we stayed on when my hubby and I got married, along with the first time as a family vacation. This was not a Hawaii collection from Glitter Daze, just a   tropical collection.
glitter daze-lets have a waikiki is available on Live Love Polish website for $12.00. 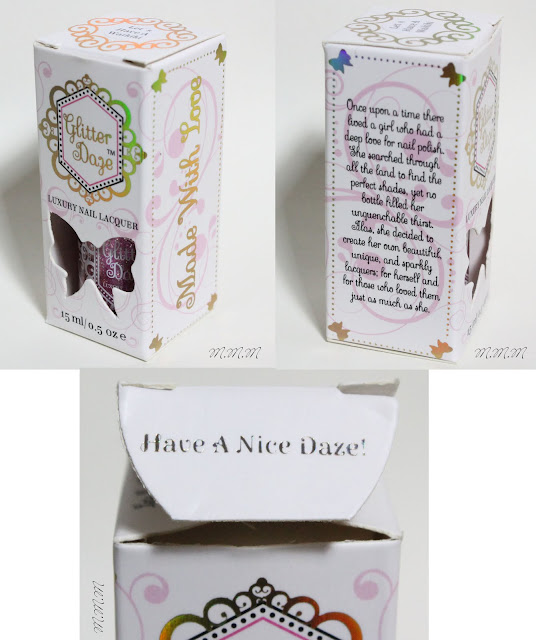 Glitter Daze boxes that the polishes come in.

I also wanted to show all of you the cute box that the Glitter Daze polishes come in. I just like this small added touch, and that on the side of the box it says made with love and when you open the box it says have a nice daze!

Glitter Daze is another indie brand that is made in the USA.

This is the third time that I have ordered from Live Love Polish and once again I am impressed with all of the polishes that I ordered, they always have very unique polishes that I really enjoy. As for the polishes I ordered they where all pretty and had good formula and of course gotta love all the holo!

Hope all of you enjoyed this summer polish review. Even though it is actually fall, their is nothing wrong with wearing bright summer colors year round, if you love summer as much as I do.

See you next time for more nail fun!
Posted by MMManis at 7:00 AM