Hello everyone! Today I have something a little different as you can tell from the title, that back in July my hubby bought me some nail polish, along with some other gifts for our wedding anniversary. So I thought I would do a review on the four polishes that he got me and to see if he did a good job of picking out the polishes that I would like and if they are good quality. 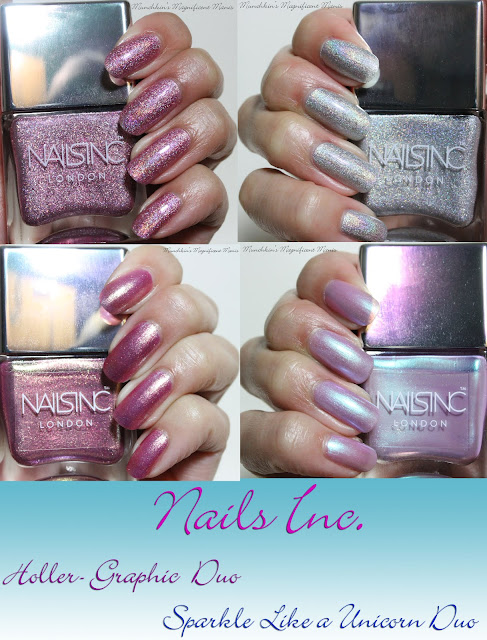 Let take a look at the polishes that my hubby bought. He got me two duo's from Nails Inc. that he purchased at Sephora. We will first start off with the holographic duo, which he already did good knowing that I love holo! 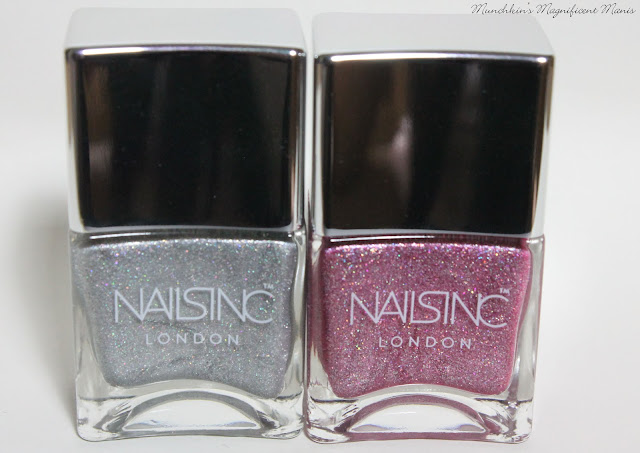 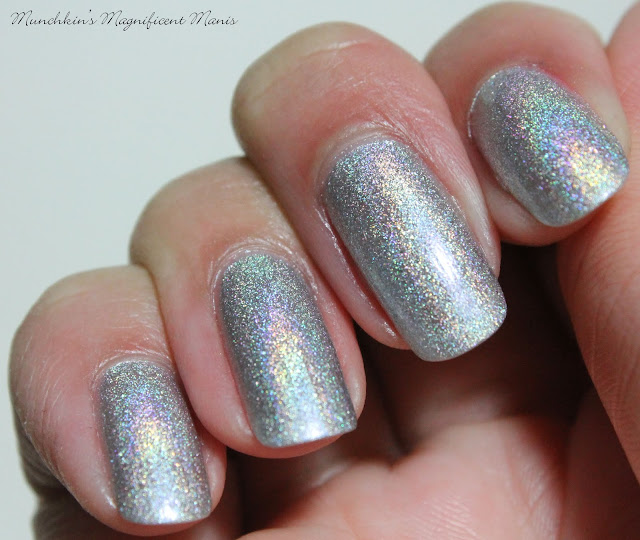 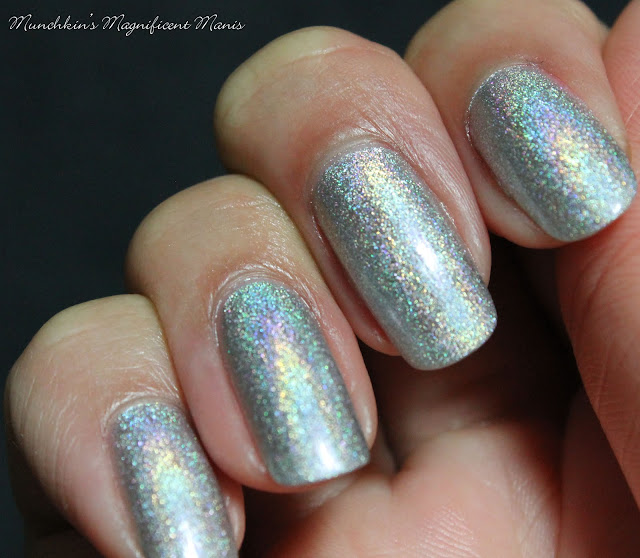 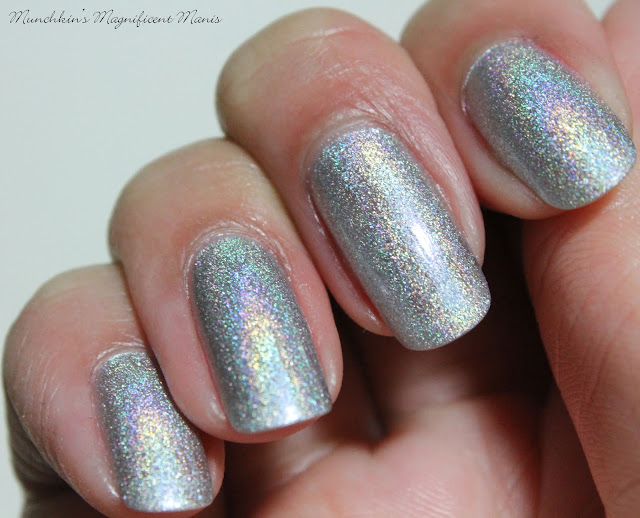 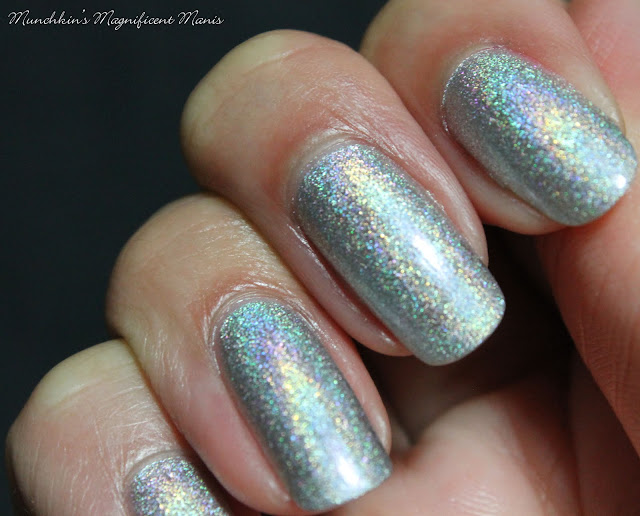 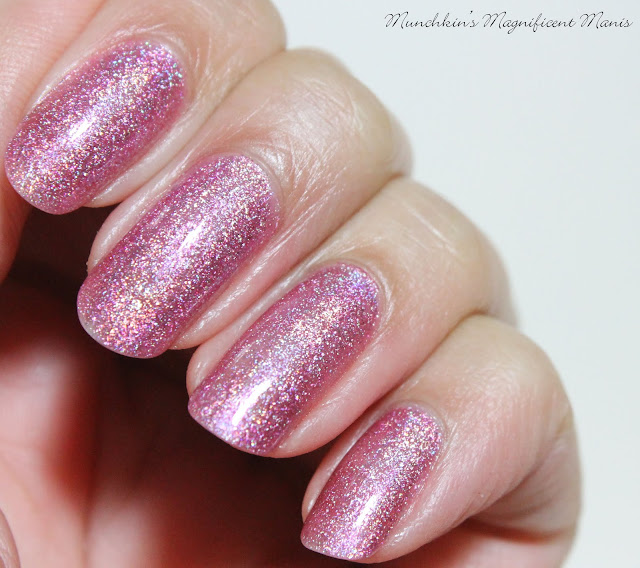 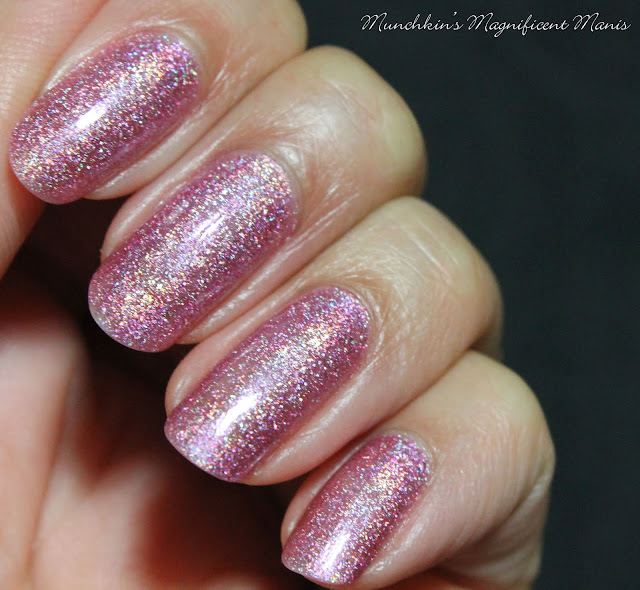 The secound polish we have in this duo is called Ghetto Galactic. This is a pink linear and scattered holographic polish as well, it basically is the same as Rocket Fuel but just pink. This applied just like the silver polish in three coats and a little sheer. Both of these polishes I think could also be used as toppers as well. 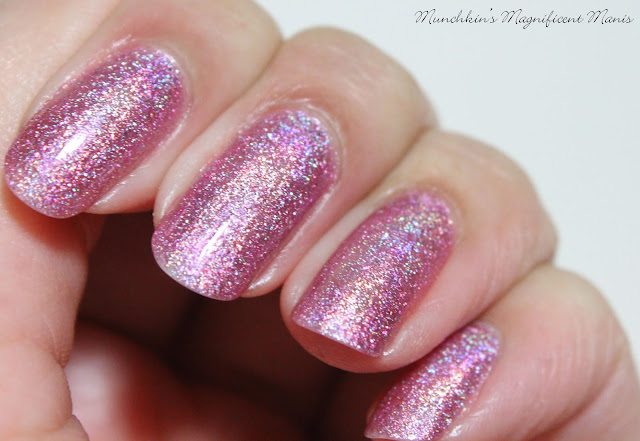 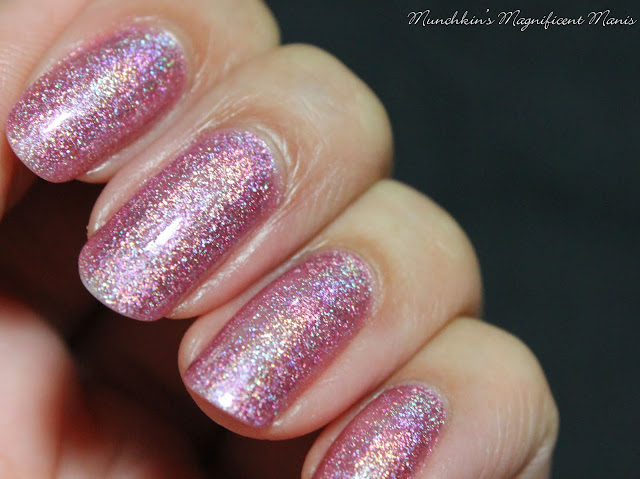 Ghetto Galactic, Nails inc. Holler- Graphic duo
This polish is still available on Sephora's website and most likely in stores as well for $15.00
https://www.sephora.com/product/holler-graphic-holographic-nail-polish-duo-P423309

This duo is also available on Nails Inc. website as well for the same price.
https://us.nailsinc.com/collections/nails-inc-holler-graphic-nail-polish-duo-kit_1623/ 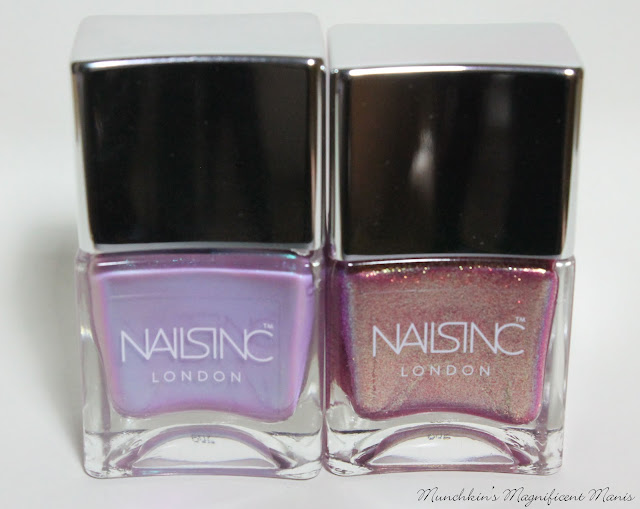 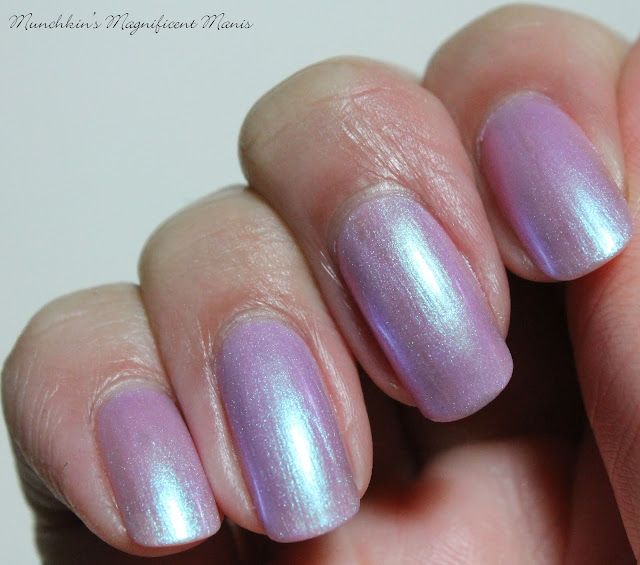 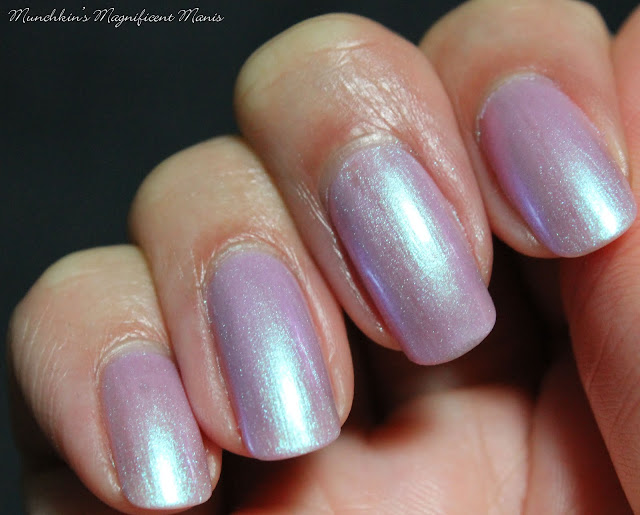 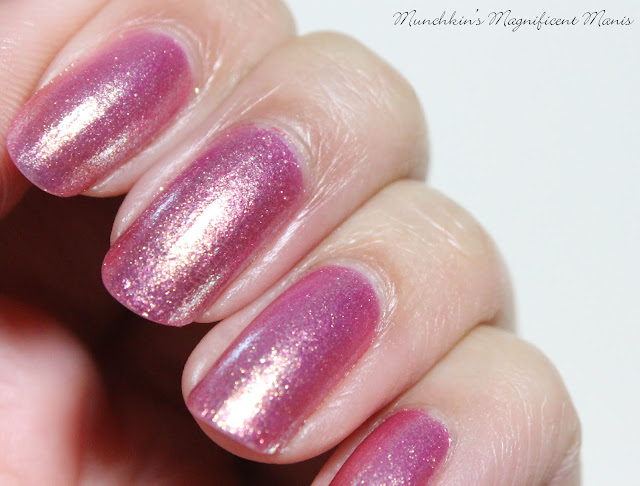 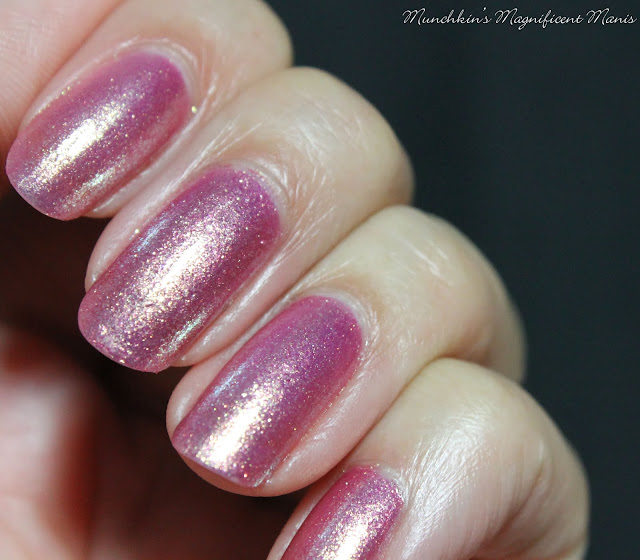 Lastly we have Dream dust this is a shimmery pink polish with a gold shift to it, on the nails and depending on the lighting this polish can look different. In the photo above it was taken with a day time light bulb and the polish looks pink, in the bathroom which has a very yellow toned light this polish looks copper/ rose gold, and then in the kitchen this polish looks more purple toned.

Also for some reason on the back of the polish book they described this polish incorrectly, they called it holographic, when it is clearly not, one is is iridescent and the other is a shimmer. So I am unsure if Nails Inc just does not know the different?
This polish duo unfortunately is no long available, but I don't know it might end up coming back, I know both of these duo's have been is stores for a long time.  This duo also went for $15.00. 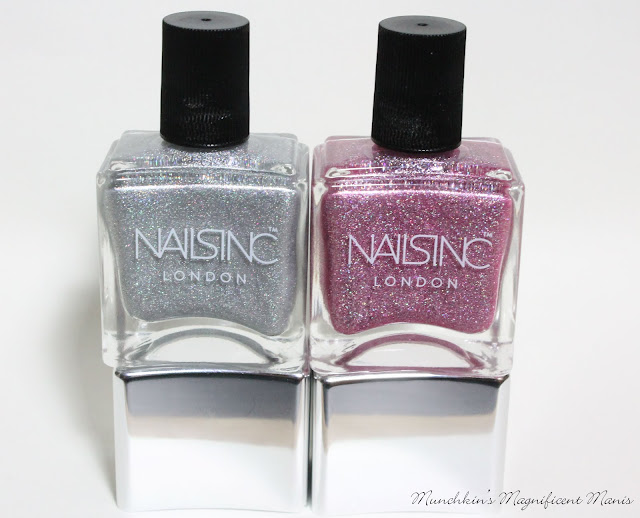 The last thing I wanted to go over about these polishes is the bottle and the formula. As you can see the tops on these polishes have a weird rectangle shape, that can be removed and they have a small round top, this does make the polishes a little hard to open and to polish with, I don't think you can really polish with the silver cap on, I really would not want to, it would make polishing way to hard. The brushes are wide which I don't mind, it made polishing easy on my nails.

As for formula on the back of the box it says formulated with long wear system. Most polishes I feel wear very well on me and I felt like these polishes really did not last any long then any other polish I have.

In conclusion how well did my hubby do picking out polishes for me? I think he did very well all four polishes are very pretty, of course my favorite was the Holler- Graphic duo. Out of the Unicorn duo I liked Dream Dust the best, Rainbow Wishes was a little to light for my taste but still pretty. After all my hubby did listen to all the polish stuff that I tell him after all.

Hope all of you enjoyed this review of the Nails Inc polishes that my hubby got me.

See you next time for more nail fun!
Posted by MMManis at 5:54 PM