Hello everyone! Today I have a review of three polishes called Funky Fingers. This brand can be found in the store known as Five Below. I think Five Below stores can only be found in the mid west/east coast, so unfortunately for all of you that live else where you might not have a Five Below to get these polishes, but maybe you can find this brand online.

For a while now I have been a little bit curious about Five Below, then one day I final went in the store. Five Below is a store where everything is five dollars or lower (hence the name.) They have an area where you can purchase beauty products and I saw in that area a lot of nail polish that looked very cool, so I decided to pick up a few.

Here are the three polishes that I decided to purchase: 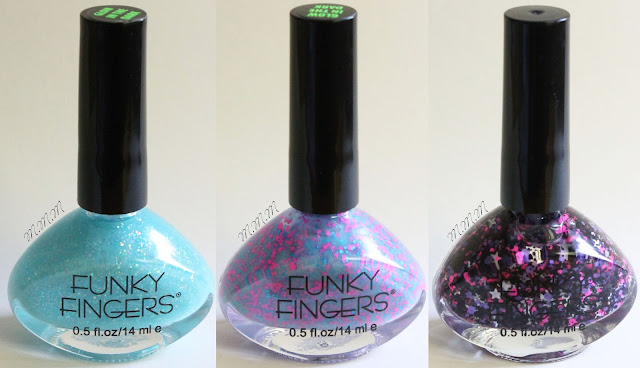 As you can see the bottles, and even the polish it's self, I think looks cool and unique. 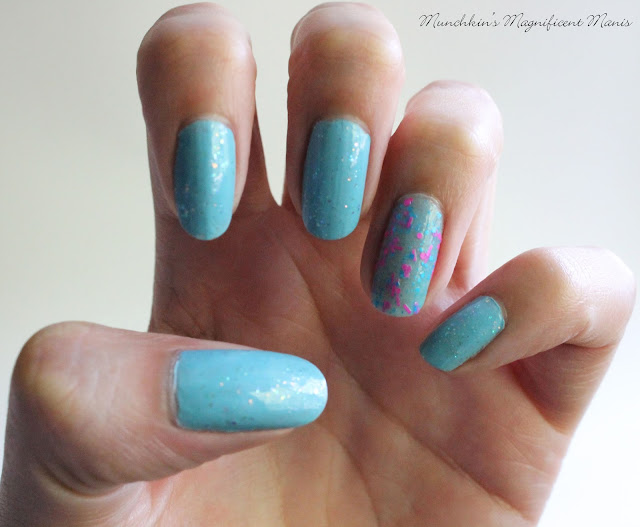 For the first polish I applied #Boo2U over a light blue polish. Then DIA DE Muertos I applied two coats on my ring finger as an accent nail.

#Boo2U is a light blue glitter topper that goes well over a light blue. I don't think this could be opaque on it's own.

DIA DE Muertos is a crelly poilsh which is a sheer less opaque polish, that can be layered to cover the nail line, but still sheer enough for glitter to show through. This polish is a sheer light blue with hot pink bar and hex glitters, and small blue hex and square glitters.

Also by the way #Boo2U and DIA DE Muertos does something cool! 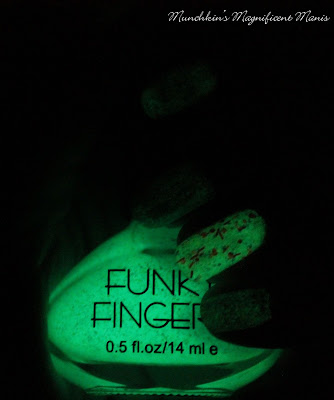 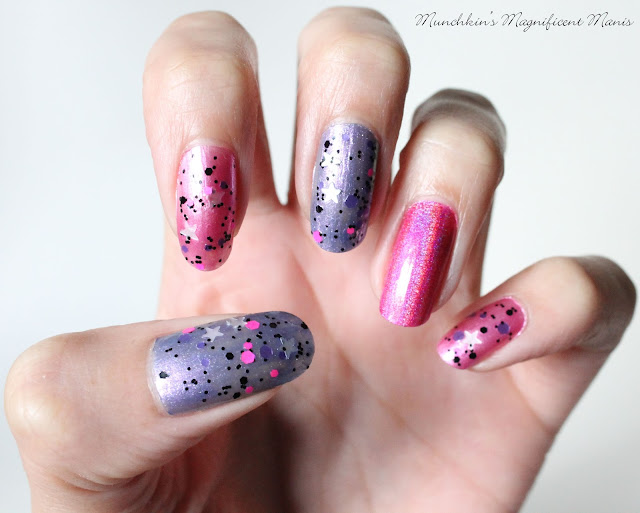 Next I applied As If over a light purple and pink, along with a holographic polish as an accent nail. The holographic polish is another polish I just recently purchased and was just to excited to wait to use this for the review I will be doing soon.

As If is a glitter topper with a lot of glitter pieces in it. This polish has star glitters, black hex's, small black circle pieces, hot pink and purple hex glitter both big and small. 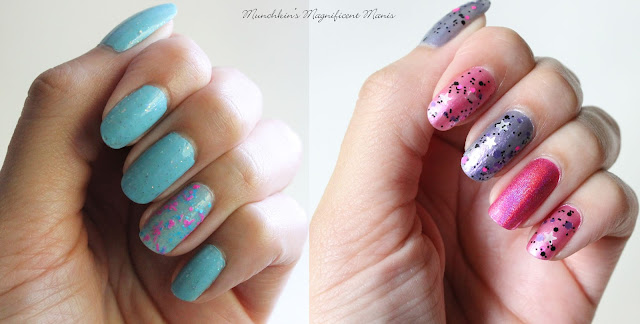 The two polishes #Boo2U and DIA DE Muertos that glow in the dark, they do not contentiously glow. You first have to be in a bright room or put your nails up to a bight light, then go into a dark room then your nails will glow for a while.

Also DIA DE Muertos reminds me of many indie brand polishes that I have seen online, with the polish be a crelly. A lot of indie brand have crelly polishes and as far as I know their are none in main stream nail polishes.

As for As If the color combination I choose made my nail look very teenage like, which was not a big deal. The star glitter pieces where the only thing that gave me problems, the points on the starts do not stick well to the nails and snag on things.

My final thoughts on these polishes I really like them. They are unique to me with the polish it's self and the bottle shapes. All three of these polishes wore well like any other polish I have. 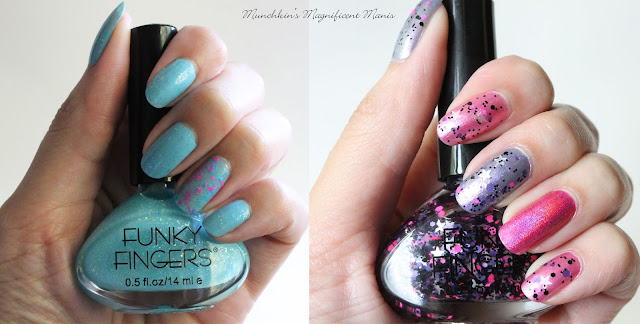 Funky Finger nail polish are available at Five Below store for $3.00 each or two for $5.00.
For three polish I spent $8.48, which is a great price for three unique polishes.

Hope all of you enjoyed this review of Funky Finger polish!

See you next time for more fun nail tutorials!
Posted by MMManis at 7:00 AM